Constitution is a Guardian of our rights 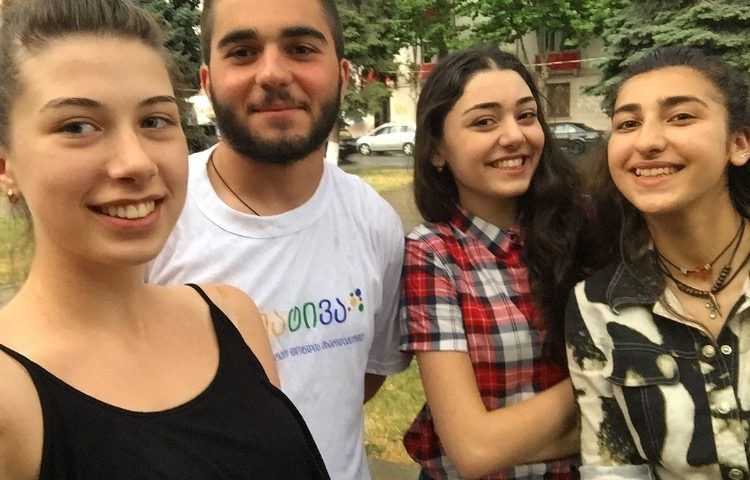 In Gori, within the campaign “Constitution Day 2017” the group did a social inquiry. Over 150 people participated in it. It helped the group members to find out how informed the population was about the Constitution.

People of the older generation were a lot pleasing to do an interview with unlike young people. They were not even interested in to talk a little more or answer the questions. There were people who ignored the group members or were even aggressive. But all of them were given memorable prizes and were given papers with some explanations and paragraphs from the Constitution written on them.

The main goal of the project was to find out the attitude of people towards the Constitution. The questions they asked people were following:

People, who agreed to make an interview, were given candies wrapped in papers with constitution paragraphs written on them.
The second component of the project was to have a conversation with people of different professions about the constitution and the job they do.

Unfortunately, a lot of people did not have a clear idea what the Constitution wasGiorgi Tseratdze –
Captain