This is the 10th anniversary edition of our Political Digest. We are happy to provide impartial information about main political events in Georgia. Europe-Georgia Institute thanks to all readers and subscribers for their interest.

The results of a study by the International Republican Institute (IRI) were published On April 5. According to the survey, the opinion of the citizens on holding of new elections is equally divided. The population does not agree with the decision of the opposition to boycott the parliament and they are worried about the economic situation in the country. 59% of respondents believe that the country is developing in a wrong direction (June 2020 – 53%),, only 30% think that Georgia is developing in the right direction (June 2020 – 38%).

According to the survey, society most positively evaluates the Catholicos-Patriarch of Georgia Ilia II with 89%, 65% of respondents  support  former Prime Minister Giorgi Gakharia (he resigned on February 18 this year), 54% with the Mayor of the capital Kakha Kaladze.  Davit Bakradze,  current chairman of European Georgia, is followed by 52% and Nika Melia, chairman of the United National Movement, by 42%.

Among institutions, the army has the highest public trust, namely 82%, followed by the Church with 79%, Georgian media with 64%,   the police with 54%, and the Prime Minister’s Office with 52%.

49% and 16% of respondents named unemployment and the cost of living as the most important problems for the country, while 8% named poverty

Support for NATO and EU membership increased by 3% in both cases compared to June 2020, at 59% and 67% respectively.

The public opinion poll was evaluated by representatives of the ruling team and the opposition. According to Shalva Papuashvili, a member of Georgian Dream, demand for early elections has no public support “except in a closed circle and the media”. Otar Kakhidze, a member of European Georgia, said that “fieldwork has been carried out until the key moment, which was Gakharia’s resignation and Melia’s arrest.

The EU External Action Service has expressed disappointment with legislative changes to the procedure of selection of Supreme Court judges by the Parliament of Georgia, citing them “hastily designed and adopted”. According to the EU statement on April 7, “Revising the selection process of Supreme Court judges in line with Venice Commission recommendations is also a condition for the disbursement of the second tranche of macro-financial assistance to Georgia under its current programme”.

While the EU generally welcomes the initiative to change the legal framework to select judges, “it is disappointing that the Georgian Parliament hastily designed and adopted these amendments without an inclusive consultation process”, according to the statement.

4 drowned while crossing the Enguri river

Four Georgian citizens living in the Gali district drowned in Enguri river while attempting to reach Tbilisi controlled area from occupied Abkhazia according to the Georgian State Security Service on April 7. According to the SSG, they decided to cross Enguri to avoid illegal restrictions established by the Russian occupation regime. “This is the result of the occupation regime’s illegal restrictions on free movement and the detrimental practice of illegal detention,” the SSG( State Security Service Of Georgia )  said in a statement.

The US Embassy in Georgia expressed its condolences to the families and friends of the victims.The statement said that “US commitment to Georgia’s territorial integrity is unshakable. It is also our commitment to the people affected by this humanitarian crisis. ” Public Defender of Georgia Nino Lomjaria expressed her condolences to the families of the victims and appealed to the government to discuss lifting the 5-day quarantine for those leaving Gali. Quarantine is an additional motivation for the residents of Gali to choose a dangerous path through the Enguri river to the Tbilisi controlled by Georgia.

On April 7, the movement “Shame” held a rally in front of the Ministry of Health demanding the abolition of the 5-day quarantine for residents of the occupied region. Quarantine was criticized by Sergi Kapanadze, a member of European Georgia. According to him, “the quarantine rule needs to be changed. “If, for example, our ministers can come from other countries and be on the territory of Georgia without vaccination, just with tests, quarantine and restrictions, in my opinion, the same approach should be applied to our citizens living in the occupied territories.”

The trial of Nika Melia, the leader of the United National Movement, has been postponed to 11:00 on April 13. Judge Nino Chakhnashvili granted the defence request that Nika Melia attend the trial. Nika Melia was expelled from the previous trial for not attending the hearing.

Tbilisi City Court sentenced Nika Melia to imprisonment on February 17 as a measure of restraint. 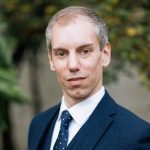 The Board of Trustees of the Europe-Georgian Institute is proud to introduce a new member – William Townsend, the Secretary General of Liberal International. William worked in international relations and liberal politics for over ten years. Prior to this he had managed election campaigns for Liberal Democrats (UK). His work delivered some of the best results for is party. Mr. Townsend is an outstanding supporter of Georgia and Georgia’s democratic and European Development.

EGI Political Digest was created with support from Swedish International Liberal Centre (SILC). The views and opinions expressed in this Digest are those of the authors and do not necessarily reflect the official policy or position of EGI or SILC.

We are utterly grateful to our donors for the generous support we receive – but reader contributions will support us to make the EGI Digest more sustainable and will allow us to develop and improve. Our aim is to bring you reliable, fact-based and politically independent reporting. Support this critical public service by making a donation today. Every contribution, however big or small, is so valuable for our future. If you feel that our work is valuable and you are able and willing to donate, please reach us at digest(at)egi.ge