Europe in a suitcase in Gori 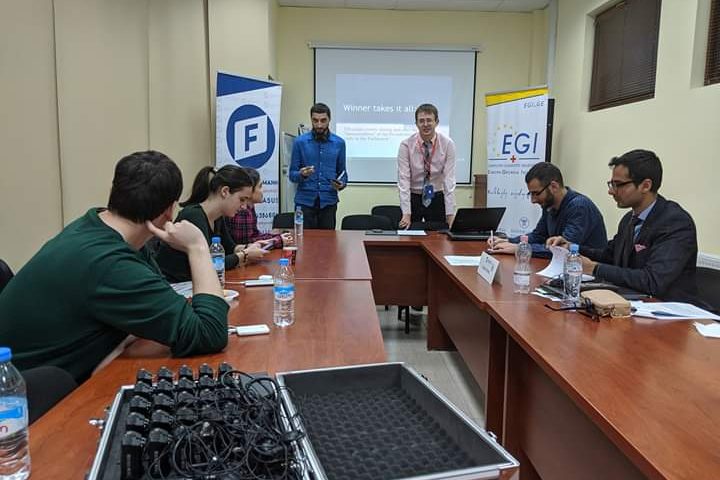 The Europe-Georgia Institute, Friedrich Naumann Foundation for Freedom in the South Caucasus and the Association of European Initiatives visited Gori in October 23 to deliver a lecture under the series of public lectures on the “rise of populism: Revolt against democracy.”

Dr. Dmitry Yarov’s lecture – “Winner takes it all: Ukrainian Society after the monoconsolidasion of the Presidential Party”- addressed the specifics of populism in post-Soviet countries, in particular Ukraine.

Meeting was organized in the Civic Engagement Center, where local youngsters had a chance to attend the conference and have a discussion about the lecture topics with invited guest speakers.