Europe in a suitcase in Marneuli 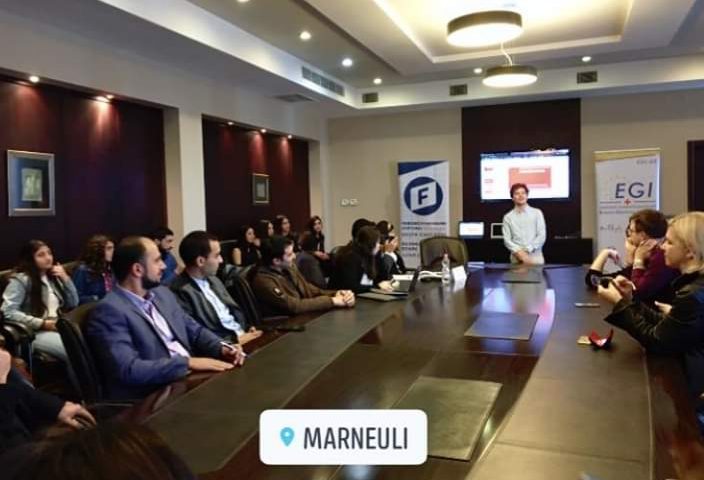 On the 24th of October the Europe-Georgia Institute and the Friedrich Naumann Foundation – for Freedom South Caucasus visited town of Marneuli, where the public meeting was held under the series of discussions on the topic of “Rise of Populism – Revolt Against Democracy”.

Ataberk Ozcan discussed the topic “Between support and confrontation: Civic society, Media facing populism. The presentation was followed by an active discussion between the guests and local youngsters. The meeting was moderated by Mariam Avalishvili – member of “Freedom Academy South Caucasus”

Project – Europe in Suitcase – aims to support communication, share experience and strengthen the relations between Georgian and European politicians, representatives of academia and young leaders, in order to raise awareness and advance resilience of Georgian society about the issues related to populism.