Europe in a suitcase in Telavi 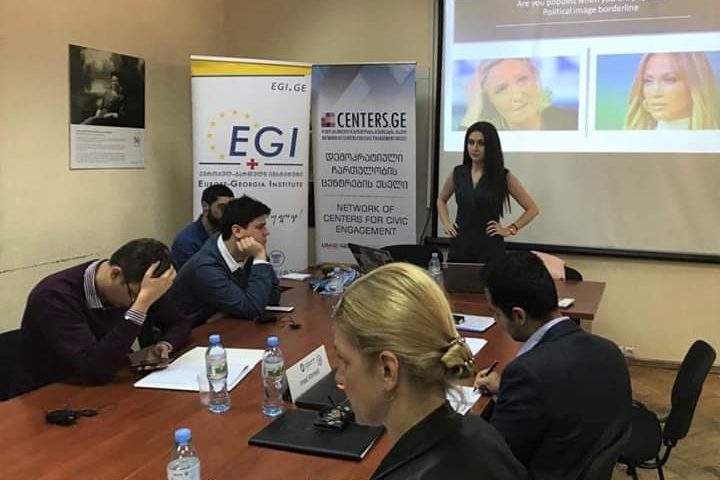 On October 26, the Europe-Georgia Institute and Friedrich Naumann Foundation for Freedom in South Caucasus under the series of public lectures on the “rise of populism: Rebellion Against Democracy” organized meeting in Telavi.

The lectures were delivered by Nikita Liakhovetsky, a representative of the Russian oppositional party Yabloko and Asia Malamyan, a young Armenian political scientist. The lectures were moderated by Mariam Avalishvili, a member of the “Liberty Academy – South Caucasus.”

Asya Malamyan’s lecture – “Are all populists the same(Observation of Political Agendas of Populists in post-soviet Countries)?” – addressed the populist political agenda in post-Soviet countries. Nikita Liakhovetsky discussed the topic of “Is there a Liberal Populism?”.
The meeting was held in Telavi, Civic Engagement Center. Local youngsters had a chance to attend the conference and have a discussion about the lecture topics with invited guest speakers.