In the footprints of German prisoners 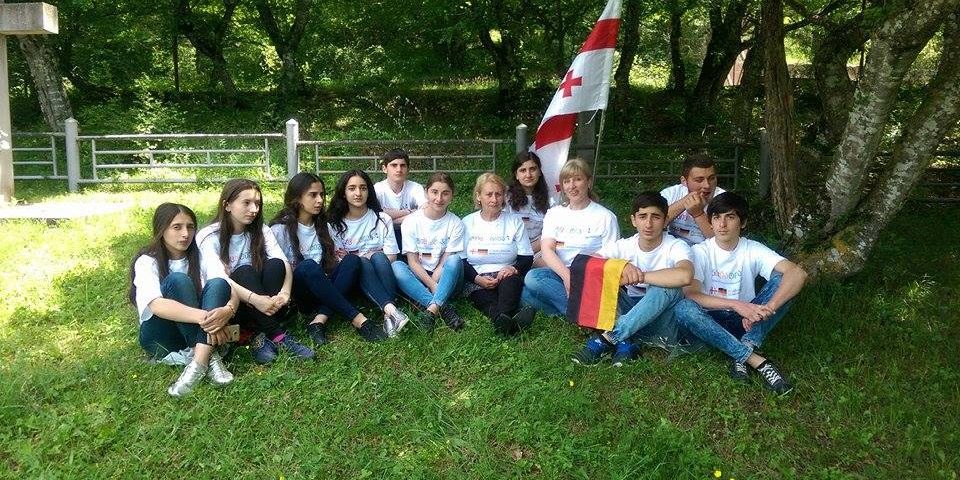 On 30th of May hub at the village Laparaantkari was founded. The village is not densely populated and life there is not very active. But young people there try to make it a better place to live by getting involved in social activities and cultural life.

The goal of hub members was to maintain the history of Dusheti municipality and keep it for the future generations.

It’s been 200 years since German colonials were moved to Georgia. This date means a lot for some villages in Dusheti municipality, especially for Asureti and Bolnisi, because they have a lot of historical connections with those people. They moved to Georgia in 1817 but in 1941 they were deported to Siberia because of their nationality only, To do so-called “ black work” mostly on a construction, German prisoners were moved there instead. They lived in special barracks.

Young initiators visited the places where German prisoners used to live. One of them is village Abanoskhevi. People there still remembers how well educated German people where and how much of that knowledge they would share with local people. Group members decided to publish a booklet with an information about German prisoners on them to show people that despite the war, good deeds and friendly relations should never be forgotten, so that future generations know what tolerance means and despite every difficulty we should respect other people’s knowledge and hard work.