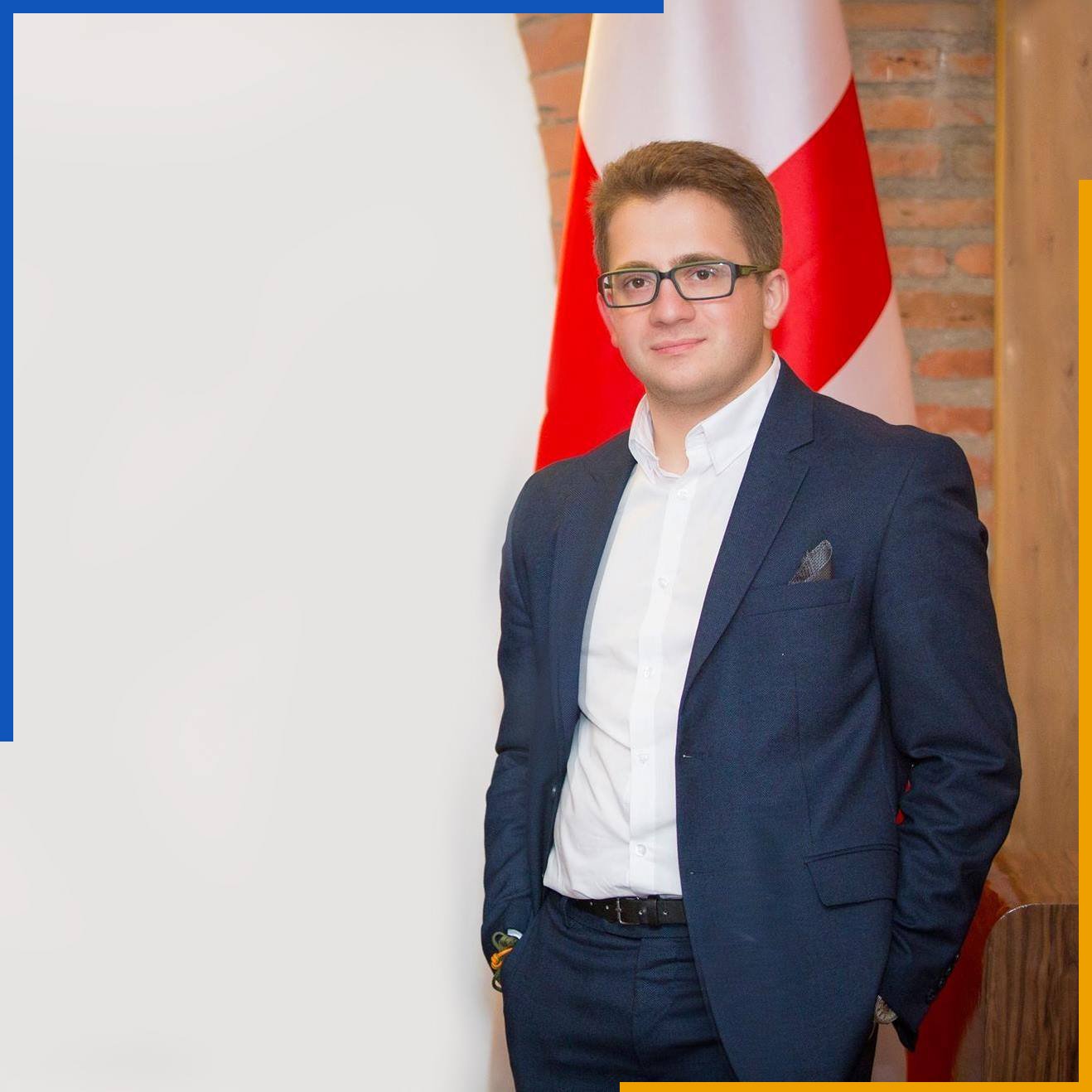 George Melashvili is the founder of the Europe-Georgia Institute (EGI), the leading hybrid independent civil society organization in Georgia aiming to advance democracy, human rights, rule of law and free markets in Georgia and the Caucasus and empower a new generation of leaders to find solutions that are essential for Georgia’s development and for successful common future of the Caucasus.

Proud graduate of the School of International Relations of the Free University, founded by Georgian statesman, visionary and philanthropist Kakha Bendukidze, George was one of the leaders of the Future Diplomats’ Club – one of the most successful youth organizations in Georgia dedicated to contemporary international relations, diplomacy, civil politics and the rights of youth.

George Melashvili was selected as a member of Presidential Discussion Club hosted by the President of Georgia and was part of the team working on contemporary challenges of Georgia’s neighborhood and the Black Sea Region, followed by a successful internship at the International Department of the Presidential Administration of Georgia.

During the 2016 election campaign, George Melashvili managed the unprecedented campaign “Your Voice, Our Future” uniting citizens of Georgia to realize the importance of their vote. The campaign mobilized 500 volunteers from Georgia’s all regions and was held in Georgia’s all 11 regions and the capital city and managed to increase the youth turnout by more than 20%.

The “Your Voice, Our Future” was followed by an #Initiative project aiming to increase youth participation in decision making and civic life. More than 500 small scale grants were issued to support activities in more than 20 municipalities of Georgia, and five summer and winter schools were organized to empower the active youth groups all over Georgia.

George Melashvili also was a lecturer at the School of Diplomacy of the Free University. During his bachelor studies, he received a scholarship from the government of Korea to study Korea’s economic development and democratic transition. He is also an alumnus of Haifa University program supported by the government of Israel and successfully graduated from SI Summer Academy for Young Professionals (SAYP) in Malmö, Sweden.

He is the holder of the first prize award for his essay about Janri Kashia’s book “Totalitarianism” and Mikheil Javakhishvili Medal for a documentary film about Soviet repressions, and is the winner of the MLOW contest held by the United Nations Academic Impact and was invited to the United Nations to make a speech about the UN Sustainable Development Goals.

The text on this page and the photograph are licensed under a Creative Commons Attribution-ShareAlike 3.0 Unported License.Please note: this disclaimer can not be widened to cover other materials on the site.The author of the photograph is David Tabagari.