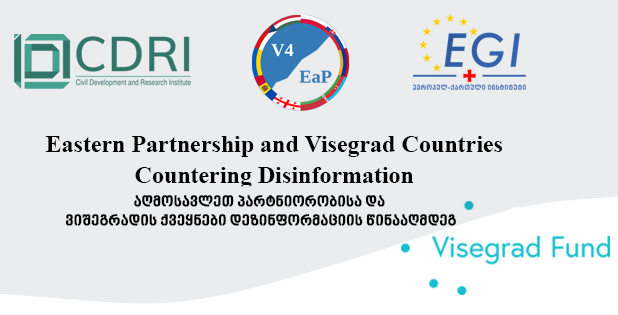 One of the myths of the internal Armenian rhetoric that ‘citizens cannot change anything in their own country’ has gained a new connotation after the Velvet revolution of April 2018: ‘nothing has changed’’. Though the revolution enabled a non-violent peaceful change of power and democratic elections, giving a chance of renewal, local media outlets are full of narratives criticizing current authorities in almost all spheres, from foreign policy to culture, often resorting to fake news. Disinformation along with weak journalism practices discredit and undermine the authority of the ruling party and the elected leaders.

Perhaps for the first time over the last decades, Armenia faces the situation when the number of opposition media outlets criticizing authorities exceeds several times the number of ones with loyal views: at least 4 times according to Shabat TV, even without counting publications with neutral position (Shabat TV investigated 61 media outlets on the subject of ownership, shareholders, affiliation). Experts acknowledge, that even though Armenia has quite a diverse media landscape, it continues to be polarized, editorial policies of the main media outlets coincide with interests of their owners, while transparent media ownership and journalistic independence continue to be the major challenges.

Meanwhile, according to a recent public opinion poll ‘Media Consumption and Information Preferences in Armenia 2019’ conducted by Region Research Center, new trends are observed in the Armenian capital and regions in the way citizens receive information and news. 58.9 % of Armenia’s population say that the Internet is the primary source of information, 35.7 % prefer television, while the preference for printed media and radio (1.3 %) is mentioned by fewer number of people than the traditional source of getting information “from neighbors and friends” (4 %). Social networks rank the first in terms of getting news daily – 72.6 %, followed by television (62.5 %), and finally online publications (53 %).

Interestingly, 25.4 % of respondents said they watch Russian TV channels every day. According to the poll, the older audience with low income prefers the television as a source of news. Citizens with higher incomes, higher education and from urban areas prefer the Internet as the primary source of information.

Perhaps, the preference for new media and reliance on the Internet somehow alleviate the impact of wide-scale disinformation, aimed at discrediting the achievements of the Armenian Velvet revolution and the value of democratic changes, which have been taking place in the country since the spring of 2018. At the same time, experts notice, that the Velvet revolution has loosened the government’s grip on TV channels.

Political Party Lusavor Hayastan’s MP Arman Babajanyan stated recently in the parliament, that Russian TV channels broadcasting on the territory of Armenia promote hatred towards Armenia, the Armenian authorities and democratic changes brought with the revolution: “We do not have the levers and tools to influence this problem. These TV channels also form an opinion on the geopolitics of Russia, as a result of which a citizen of the Republic of Armenia forms the point of view about the EU and the US. This view has nothing to do with us, but our citizens are exposed to these sentiments”.

Biased reporting, half-truths, full lies, even fact-checking – these have been main methods of informational attacks. Facts are either silenced or presented in a negative light with the aim to discredit, seed doubts and squabbles, intimidate, de-motivate, etc.

The audience of these media outlets are getting impression that Armenia is going down the drain, the Revolution was wrongful and in vain. Thus, readers of Sputnik Armenia, which did not publish a single positive news about the country, get an impression that throwing people in the trash is a common, everyday phenomenon of post-revolutionary Armenia. The articles about the incident slightly mention that the victim of the incident, a blogger Narek Malyan, is a co-creator of “The AdekvaD” Facebook page, publishing video materials criticizing Nikol Pashinyan and his supporters.
“The AdekvaD”, “AntiFake.am” and “Blognews.am” have been referred to by Digital Forensic Research Lab as ‘deceptive fact checking groups’, spreading ‘biased narratives, polarizing statements and disinformation’ with the aim to discredit Nikol Pashinyan and his supporters. Early in May, with the initiative of Atlantic Council, Digital Forensic Research Lab published articles entitled ‘Armenia Assailed by Deceptive “Fact-Checking” Groups’, stating that those groups implemented a sophisticated online influence operation under the hashtag #SutNikol (#FakeNikol).

Apart from Armenian opposition groups, experts mention other sources of disinformation about Armenia, including the Russian propaganda machine, which spread messages like: ’new authorities are destroying the state’, ’soon everything will return to the old rails’, etc.

Even if the fake news or disinformation is corrected, the correction doesn’t get the same speed of diffusion and doesn’t make the same impact on public opinion as the fake news, becoming an instrument of direct pressure on the government. The following messages have had systematic nature:
1. Russia helps Armenia, and Armenia historically, politically, economically is a burden for Russia.
Over the past 20 years, Armenia has given almost all its strategic objects to Russia for cheap: from the energy sector to research institutes are paying off debts, accumulated by previous corrupt authorities, supported by Russia.

3. Russia enjoys wide loyalty among the population of Armenia, which considers Russians as allies and friends, while the West provoked anti-Russian sentiments.
Weapon supplies to Azerbaijan worth of USD 5 billion have considerably affected the image of a ‘friendly nation’ in eyes of the Armenian population.

4. Armenia has a populist government, represented by Nikol Pashinyan. Pashinyan does not keep any of his promises.
Pashinyan’s government promised radical reforms in all spheres of social and political life. The new government has started fight against corruption, crimes and tens of millions of dollars have been returned to the state treasury, efforts have been made to de-monopolize imports, improve judicial system, and ensure free, transparent and democratic elections. Thus, the elections to the Council of Elders of Yerevan and the Parliament not only have been highly evaluated by international observers, but haven’t been disputed by opposition.

5. 12 months of Pashinyan’s government record deterioration in merely all spheres of country’s life, despite the high achievements of previous authorities.
In December 2018, 6 month after the revolution, The Economist named Armenia the country of the year, which has recorded progress and improved the most in the past 12 months. In 2019 Armenia tangibly, by 19 points, improved its Press Freedom Index ranking 61st in the World Press Freedom 2019.

Among the important achievements of the new government, experts mention the reduction and optimization of the bloated state apparatus, the fight against corruption, prime minister’s and government’s work transparency, as well as communication with the Armenian public on a daily basis.