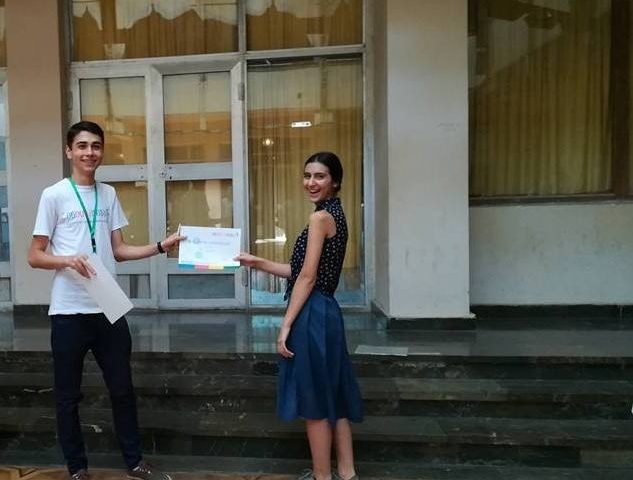 In Gurjaani, within the campaign “Constitution Day 2017” a project “Socrates” was carried out. The project was divided into two parts on 27th and 28th of July. The first even was a number of public lectures in different locations about interesting subjects for local people.

The second stage of the project was in Culture House of Gurjaani , on 28th of July using “Open space technology”. In this event of “World Café” participated people from 14 to 18 years old from Gurjaani and nearby villages. The event was later changed into “Ted Talks”’s style. Invited speakers did a speech for local youth.

Media partners of the projects were newspaper “Gurjaani” and e-publisher “Spectre”. Other social networks have also been used.

“Socrate” delivered information about the meaning the Constitution, the most important rights and responsibilities written in it and the changes in the constitution to the audience.

With this project, we helped members of the community to realize that we, Georgian citizens, with general agreement, create the Constitution and talked about the importance of this project.

With this project, we helped members of the community to realize that we, Georgian citizens, with general agreement, create the Constitution.Ani Chkoidze, Captain, Team, “Association of young constitutionalists”