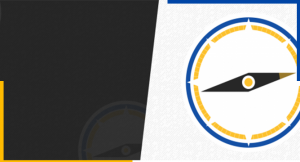 EGI Political Compass
More about EGI Political Compass
In the early 2020 EGI with financial support of Friedrich Naumann Foundation South Caucasus has improved the already existing political compass, which was created in 2018. Part of the questions were reformulated and now are fully adapted to Georgian reality. The mobile version of the platform was also created. Some of the political party leaders voluntarily participated in the Political Compass preceding the parliamentary elections of 2020 and have posted their results publicly.

The political compass was used by more than 20 000 persons, the results were shared 10 000 times, 8 politicians have posted their results publicly. 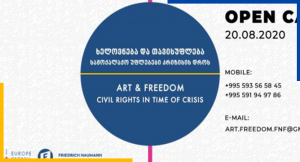 Art is liberty, liberty is art
More about Art is Liberty, Liberty is Art...
The pandemic has made radical alterations to both the daily life and routine of individuals and the global order. We watch on as the new reality tests societal integrity and values, and reveals issues previously masked for years. In the given circumstances in order to support artists and to share the ideas of liberty Europe-Georgia Institute and Friedrich Naumann Foundation South Caucasus based on the principle of competition have chosen 21 artists from different fields, who were provided with financial resources in order to create the new pieces of art and present them them on one-week long Exhibition, which was opened on the 3rd of October, on the day of Reunification of Germany.

Results: 21 new pieces of art were created on the topic of Liberty, the exhibition was attended by more than 1000 visitors, Mass media has spread the information about the event as well

More about Translating articles related to Liberalism for Georgian Wikipedia
Due to different reasons there is a lack of articles in Georgian language about Liberalism on Georgian Wikipedia and generally in Georgian web. Respectively it is a challenge to have access to such information. Europe-Georgia Institute in cooperation with Wikipedia and by the financial support of Friedrich Naumann Foundation South Caucasus translated 40 important articles related to liberalism and also have written 2 additional articles about the basis of Georgian liberalism and the first followers of it. 35 students have participated in the project and as a result they have been granted with scholarships.

42 articles in Georgian language, 2 large articles about basics of Georgian liberalism, 35 students participating in the project 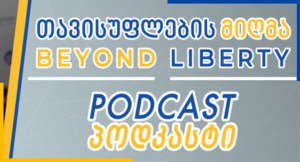 Online media platform – Beyond Liberty
More about Online media platform - Beyond Liberty
Beyond Liberty” is an online media platform created by Europe-Georgia Institute in 2020. Platform mainly gathers blogs and podcasts mainly concerning ongoing developments in Georgia and the rest of the world, which are related to the idea of liberty and are broadcasted intensively enough through different means of media on a national level. Three different dimensions were established as a part of podcast series – Political dimension, which consists of analyze of both local and international developments together with the guests, Education dimension, which is mainly about the education environment and challenges of it in Georgia and Gender equality dimension, which was added to “Beyond Liberty” by the end of the year and alongside with the aim of increasing awareness of population about the issue includes the analyze of the topic and discussions. 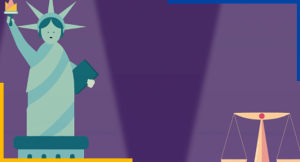 What is Liberalism?
More about What is Liberalism?
The intelligence services of the hostile country for Georgia and different ultranationalist organizations constantly attack the idea of liberalism and they try to marginalize this ideology within the members of the society. Europe-Georgia Institute decided to create the playlist of short animated videos, which provide short, brief and easily understandable answers to questions present in Georgian society related to liberalism and will support positive attitude of them towards it. 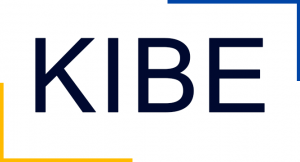 KIBE
More about KIBE
Due to lack of resources in Georgia for funding Georgian students willing to study abroad, Europe-Georgia Institute decided to create the universal online platform based on crowdfunding principle for funding those students who want to carry on their studies abroad. Apart from this the main value of the system is transparency and universal automatic ranking system of the platform, which was fully created by Europe-Georgia Institute. Except for crowdfunding, in future there are plans of adding TV components to the platform and involvement of large-scale business donors. One of the aims of the project is to develop CSR culture in private sector of Georgia and popularization of education. 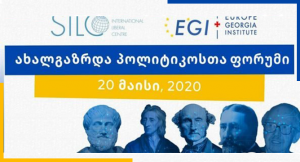 Empowering Young Liberal Politicians and Liberal Discourse in Georgia
More about Empowering Young Liberal Politicians and Liberal Discourse in Georgia
Europe-Georgia Institute (EGI) together with Swedish International Liberal Centre (SILC) have organized a half an year multidimensional project aiming empowerment of liberal discourse and young liberal politicians in Georgia. For the first time the Young Politicians Forum was founded within the framework of the project. Afterwards as a part of the project 3 stage online training course was organized for the participants of the project, namely for youth politicians and civic activists. As a result the project increased the awareness of the participants in the fields such as politics, economics, law and sustainable development. 4 day intensive training course in policy-paper writing was organized for developing abilities of youth politicians, as a result there were created policy papers of 6 political parties on the topic of Sustainable Development Goals (SDGs). 10 public lectures about the idea of liberty were carried out during the project. 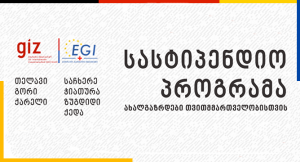 Youth for Self-governments – Student Scholarship Program
More about Youth for Self-governments - Student Scholarship Program
EGI and GIZ already for 3 consecutive years cooperate with the Ministry of Regional Development and Infrastructure and organize the program which envisages Training of Students and Internship in self-governments of different administrative units of Georgia’s regions. The aim of the project is to develop the ability of the active youth and increase their involvement in self-governance, also to support local self-governments in the process of dealing with the challenges. Already for the three consecutive years based on extremely competitive selection system the selected participants participate in the training course and make internships, research the functioning of self-governments and help them in terms of increase g participation of citizens. The project have been building importante bridges between young citizens and logal governments already for three years. 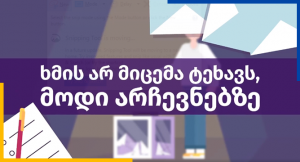 Your Voice, Our Future – Animated Videos
More about Your Voice, Our Future - Animated Videos
Europe-Georgia Institute actively works during every election against absenteeism since 2016. Alongside with other activities Europe Georgia Institute have created 4 animated videos of “Get Out and Vote” format preceding the parliamentary elections of 2020. Two of them were related to the importance of participation in the particular elections of 2020, another 2 were about the importance of defending secretiveness of ballots. 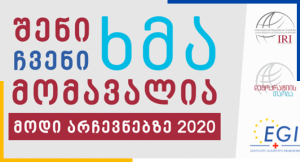 Your Voice, Our Future
More about Your Voice, Our Future
Europe-Georgia Institute actively works during every election against absenteeism since 2016. Together with other activities, in 2020 preceding the parliamentary elections EGI and IRI carried out a Get out and Vote Campaign. The young participants from all over Georgia from the majority of the municipalities organized different activities in their own regions. The project was organized as competition and the participants selected by the judges had the chance to organize activities based on their own ideas and creativity with the aim of spreading idea beyond the “Get out and Vote” concept in their own communities. One of the main criterias for judging the projects was the protection of regulations and norms related to Covid-19 pandemic. Despite the regulations, on the final stage of the project 37 projects were organized by the same number of groups all over the country. The groups reaching the final stage will participate in Study Weekends organized by the partners of the project in 2021.